Whether or not any of that’s true, I think the MS Society could learn a thing or two for its annual Sydney to Gong ride, coming up this Sunday. More performance enhancing drugs, a hero for the people and massive scandal at the finish line. Those are the sort of things that make headlines, right, and any publicity is good publicity, isn’t it?

The problem with performance enhancing drugs, though, is their inaccessibility. Doctor Michele Ferarri probably doesn’t have a little general practice with waiting room, chatty receptionist and decade old copies of Women’s Weekly to pour over, and without being diagnosed with anemia, not too many doctors I have visited are going to prescribe me with Erythropoietin (EPO). 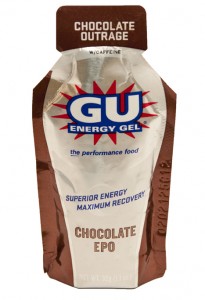 So this is a call out to the sports food companies of the world. If it’s cool enough for the elite of world cycling to ‘do whatever it takes’ to win, it should be good enough for the rest of us. Why are we stuck with sickening flavours like vanilla orange, or strawberry banana. It’s not good enough.

Of course, if the MS Society can’t generate a hero, a drug using culture and a massive scandal, it will just have to rely on people making donations, as they are able. Coincidentally, you could sponsor me, as I ride the 90km this Sunday from Sydney Park in St Peters to Stuart Park in Wollongong. I am hoping to knock it over in around 3 hours and beat the Executive General Manager at work. In one foul swoop, no doubt increasing my workload significantly and halting any future career progression.

Donate by clicking the link below, if you can spare a dollar or so and help fund research and assistance for those affected by this incurable disease.

Thanks for your support