That was the main advertisement for Lake Awoonga Caravan Park, which as mentioned by Brendan was where we made our home for the next week of our trip. Brendan was a bit hesitant at first, I mean who wants to pay $18 a night for a caravan park with hot showers, flushing toilets, tap water etc etc etc. But the chance to catch some really, really, really big fish was too much too ignore and with that battle won I headed straight for the showers with River in tow as soon as we had our camp set up. 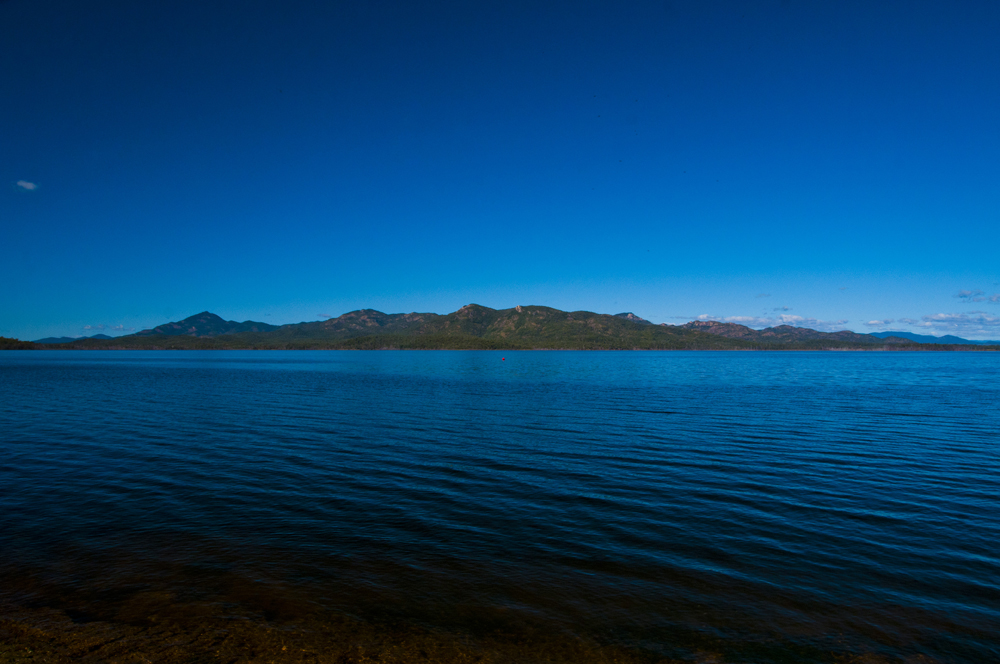 Oh the wonder of a scalding hot, full pressure shower!!! I didn’t quite realise quite how much I took my daily shower for granted until I went without for over a week. Not until you go without do you truly appreciate the gloriousness that is hot running water.

Unfortunately for Brendan, a spot of bad planning on our part meant we left our last haunt on a public holiday. After driving the 100 odd kms from Agnes Water we spent much of the afternoon going in circles trying to find somewhere to grab a few essentials like bread and milk. Apparently Queenslanders are not allowed to open shop on a public holiday, not even the big gigs like Coles or woollies. In fact, half the suburbs dont even have Sunday trading!! Needless to say, we arrived a bit later than expected so by the time we were set up and ready to relax, the day had slipped away from us and there wasn’t enough light left to sus out a good fishing spot and throw in a line before dinner (2 minute noodles with diced tomato, onion and mushroom – all we had left in the fridge).

The next day proved to be very informative, and not in a good way. The first little titbit we discovered was that the men’s toilets were in the middle of being renovated. Not a total disaster but it did mean the entire campsite was forced to share the 4 toilets and showers in the women’s block. I was a bit worried that this might cause problems, having to line up with a 1 year old and then somehow undress, shower and clothe her in a timely and efficient manner so as not to keep everyone waiting, but luckily enough we never had any issues. 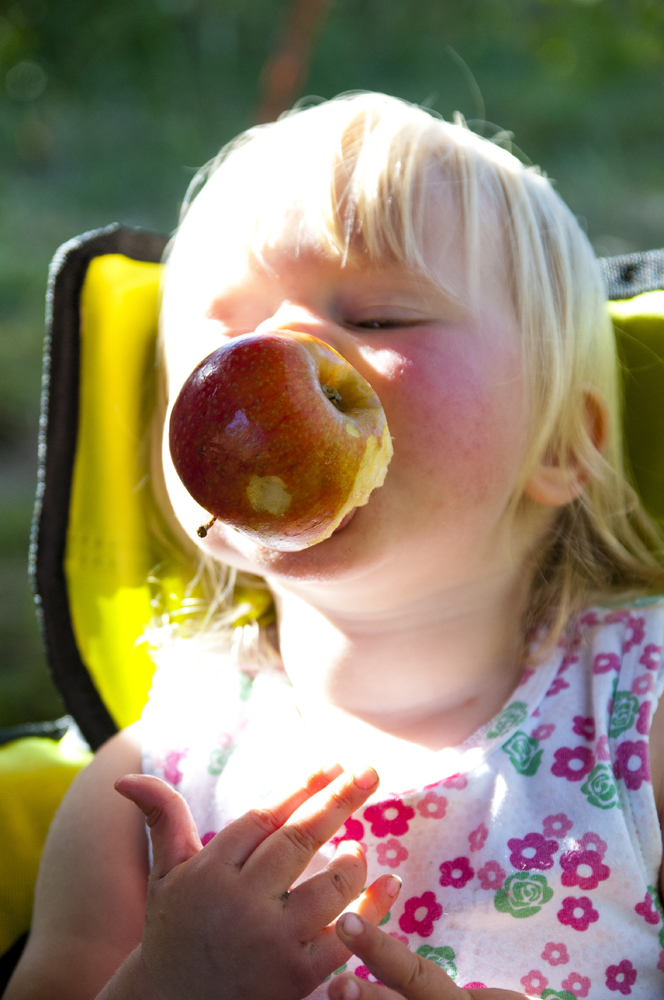 River has discovered a love of apples in the last few weeks, especially those of the pink lady variety

The second piece of information turned out to be a real doozie. According to a few of the regulars, as well as the park manager, the recent flooding and cold fronts meant (a) there was too much water and (b) it was too cold in the lake so the barra had all packed up and gone on sabbatical to the very very bottom and didn’t look to be coming up any time soon!!! Hadn’t been a good catch in weeks! What a disaster! Seriously, how can a fish have too much water??? They are fish!!! They live in the water for crying out loud!  Can a person have too much house?? (don’t answer that). The only reason I managed to convince Brendan to stay and they weren’t even biting!  He took the news rather stoically I thought, only cried a little. And of course in true Brendan style, he took the tiny bit of good news that was offered and ran with it. You see although the barra were hiding out, there was mention of a lot of large catfish and so rather than sit around sulking he took the shores anyway in search of a monster catty, if only to say he caught the biggest fish of his life.

While Brendan trudged off with his gear River and I were enjoying the beautiful warmth of the sun. After our disastrous weekend prior it was lovely to be clean and dry, and most of all warm! River has finally taken a liking to walking and has adopted it as her main mode of transport. We now spend most of our time following her around making sure she doesnt get up to too much mischief.  We also managed to catch up on our washing, well some of it anyway considering one machine was out of order and the other machine was half the usual size. 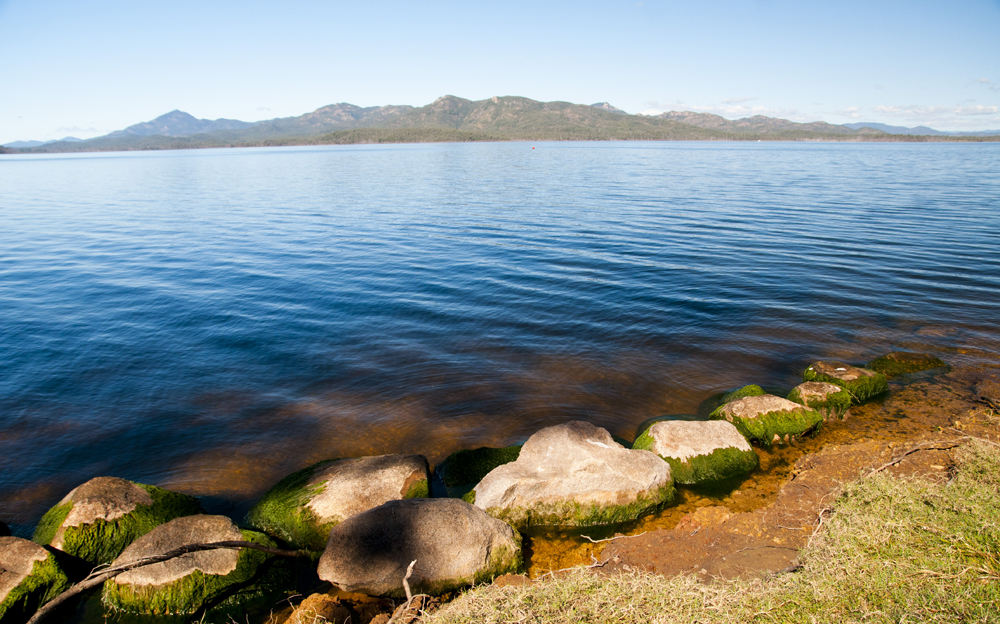 Not a single barra in sight!

This was pretty much how our time at Awoonga passed, washing in the morning, fishing in the afternoon, eating something that wasn’t fish for dinner then bed with the hot water bottle. It was a lovely relaxing time and in the end we did get our semi monster catty. I was super impressed with myself for reeling in a 35cm beauty but then of course, not to be outdone by a girl, Brendan had to go one bigger and pulled in one at 40cm. Either way it was the biggest fish I have ever caught , even if it wasn’t worth eating and had a face like a cats bum.

The view from the local rest area just down the road from the caravan park. Isn't it stunning!

In general, the Lake Awoonga area is beautiful. The lake itself is in the middle of a great mountain range and being inland from the main town it is extremely peaceful. However, with the fish not biting and the nights getting colder, we decided it was time to crack on and headed a few hundred kms up the highway to Rockhampton, or more specifically Byfield National Park. 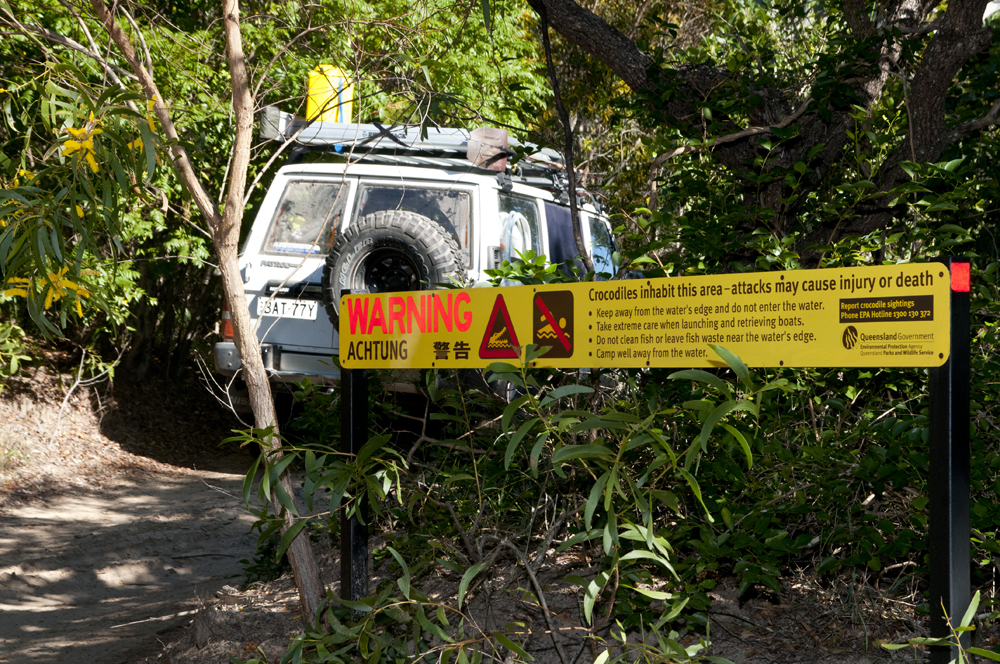 Watch out – Crocs about!!

The original plan was to stay in Emu Park, just south of Yeppoon. We had it on good information that the steak was awesome and the fishing even better so we planned to hang around for the weekend, fish, get a bit of work done, fish, find a church, fish some more and then continue on to Cape Palmerston. To our dismay every campsite in the area was booked out (sad face). Still, we were not deterred and found ourselves heading off the beaten track into Byfield National Park. The area looked promising so we booked ourselves a camping permit for 3 nights and set up at 9 Mile Beach. 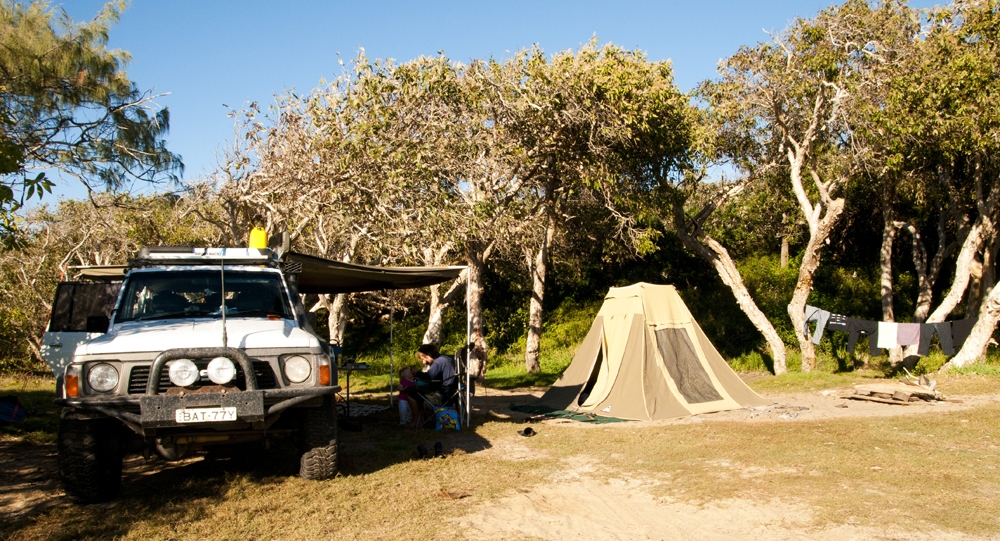 The entry to the park is about 30 mins drive from Yeppoon. With sandy tracks and a few creek crossings the road is 4WD only, after our experience though I would recommend the place to anyone who has one. And if you don’t have one, I recommend you buy one and come here!  It has something for everyone. 4WDing, bushwalking, swimming (watch out for crocs though!), fishing, crabbing, sailing, boating, surfing (apparently). No amenities though so make sure to pack the trusty portaloo (aka shovel). 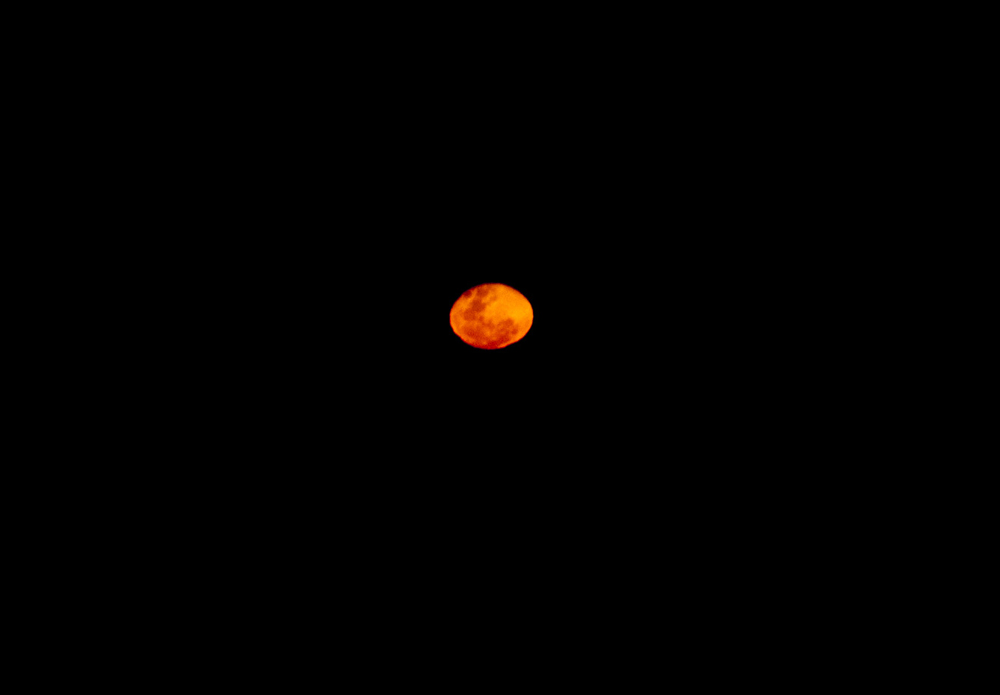 Moon Rise over our campsite

The place is massive. I reckon you could spend weeks exploring and still not see or do everything the park has to offer.  It took us an hour just to get to 9 mile beach and that was without stopping to head down any of the tracks we passed along the way.

We managed to experience most of the above mentioned activities, save those involving watercraft. Probably could have given the long board a dip in the waves but Brendan wasn’t quite convinced, even if the locals said the break was rideable. We weren’t even sure it was a break, more like a slight change in the currents. But there was a surf shop in town and yes, to our great surprise, they had a full range of boards as well!

As reception is shoddy and our battery power is limited I have no choice but to leave you all hanging. Be sure to keep a look out for the rest of our update about our time at 9 Mile. Until next time…