I had to go through the Camera Roll on my phone to get some sort of a clue about what has happened this year. It doesn’t feel like it was only a year ago that we welcomed in this one from our backyard. When I think back to it, I have to remember that Asher couldn’t walk yet, River still used a dummy and had a bottle before bed, Mum still lived at Oyster Bay, Dad still lived in Cronulla, they both only had three grandchildren and Angela and I hadn’t considered the possibility of buying a house. 11-and-a-half months later, all of that has changed, and so much more has happened.

The year started off shakily though. As always, we were booked in for a week or so at Bendalong. It is seriously the highlight of my year, every year, and almost nothing will stop us going. After Christmas, though, we were so destitute that we had to sell a camera, surfboard and some four-wheel drive gear on eBay, just to be able to afford it. We couldn’t even have put it on a credit card – they were maxed

Bendalong was awesome, though. It rained almost constantly, but having the use of a caravan from work meant we really didn’t seem so financially ruined and we got to avoid leaking tents. The surf really turned on, too and it was awesome to surf some of the novelty waves that only break in really big swells.

This has been a year dominated by travelling, though. I consider myself extremely blessed to work where I do and do such amazing things under that thinly veiled premise, but there have been a few times this year when I’ve wanted nothing more than a decent night’s sleep in my own bed. 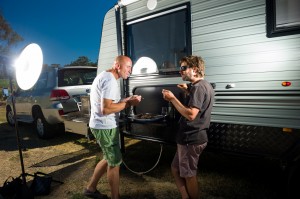 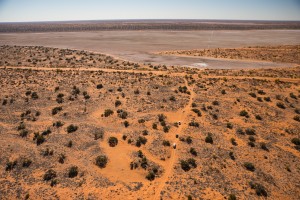 This year I’ve been to Queensland about six times, South Australia five times, Victoria at least five times, the Northern Territory for about an hour, outback New South Wales twice and Thailand for four days. In October I spent 20 nights away from home, and all up this year I’ve spent more than 80 somewhere that’s not Bulli. I need to talk to my boss about the meaning of ‘occasional travel’ in my contract. And still, Western Australia eludes me. It’s the one place we’ve never made but really want to.

I’ve driven across the Simpson Desert, the Savannah Way, through the Flinders Ranges, down the Cobb Highway, up and down the Pacific, Princes and Hume Highways, across the Sturt, on some of the Stuart (I’d estimate about 30 metres of it), around Eastern Creek Raceway and along the Great Ocean Road. I’ve towed about 20 different caravans and a handful of motorhomes, driven countless different cars, flown in planes with less than 12 seats, ridden my bikes more than 1600km and climbed to the top of Australia’s tallest hill. I even caught a train from Bulli to the city once. And the only thing I’d rather not do again is catch the train.

Despite all of that, most of my year’s highlights have been at home. Making an herb garden with the kids was a lot of fun and mostly successful. Something keeps stealing our chillis, though. The night of photography on our eighth wedding anniversary, riding down to the park to feed the ducks, watching Asher learn to walk and River how ride her balance bike, I will always remember. While welcoming Indy into the world and finding out about Megan and Pete’s upcomming baby were so exciting. Even just being able to ride down to the beach for a surf is one of my favourite things.

It hasn’t all been great, though. All of my travel is genuinely hard on Angela and the kids, although it is a small sign of how great a wife she is that she deals with it so well. It’s one of the many reasons I love her so much. I even find it tough being away from everyone so much. It’s a different world compared to travelling together in a little tent. 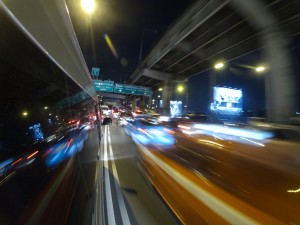 And it was equally hard dealing with the passing of my Grandpa, Mum’s dad. I still remember how he’d take Tom and I to the park near his house as kids. He’d buy us Fredo Frogs or spin us on the merry-go-round. The hardest thing, though, was seeing how hard it was for Mum.

The year is finishing brightly, though. From the ruins of our financial incompetence earlier in the year, we’ve managed to scrape together some savings and convince a bank to lend us near irresponsible amounts of money. If only we could find a three-bedroom beach house in Bulli with a double garage, big backyard, that’s close to a good school, has no termites, a dishwasher and somewhere to store all my toys for less than $400,000. As well as that, my magazine won an award, River got into the local pre-school, Wesley’s back in the country for a while, we bought another four-wheel drive and the biggest present under our Christmas tree has my name on it.

And although this year has been totally hectic, insanely unsettled and remarkably fatiguing, I can’t help but be thankful to God in how much we’ve been blessed. I’ve got no idea what to look forward to next year, but, good or bad, I hope I will still be just as thankful for it again. Merry Christmas everyone.

Before you go too much further, make sure you hover the cursor over each image for a bit more background on them. Carry on.